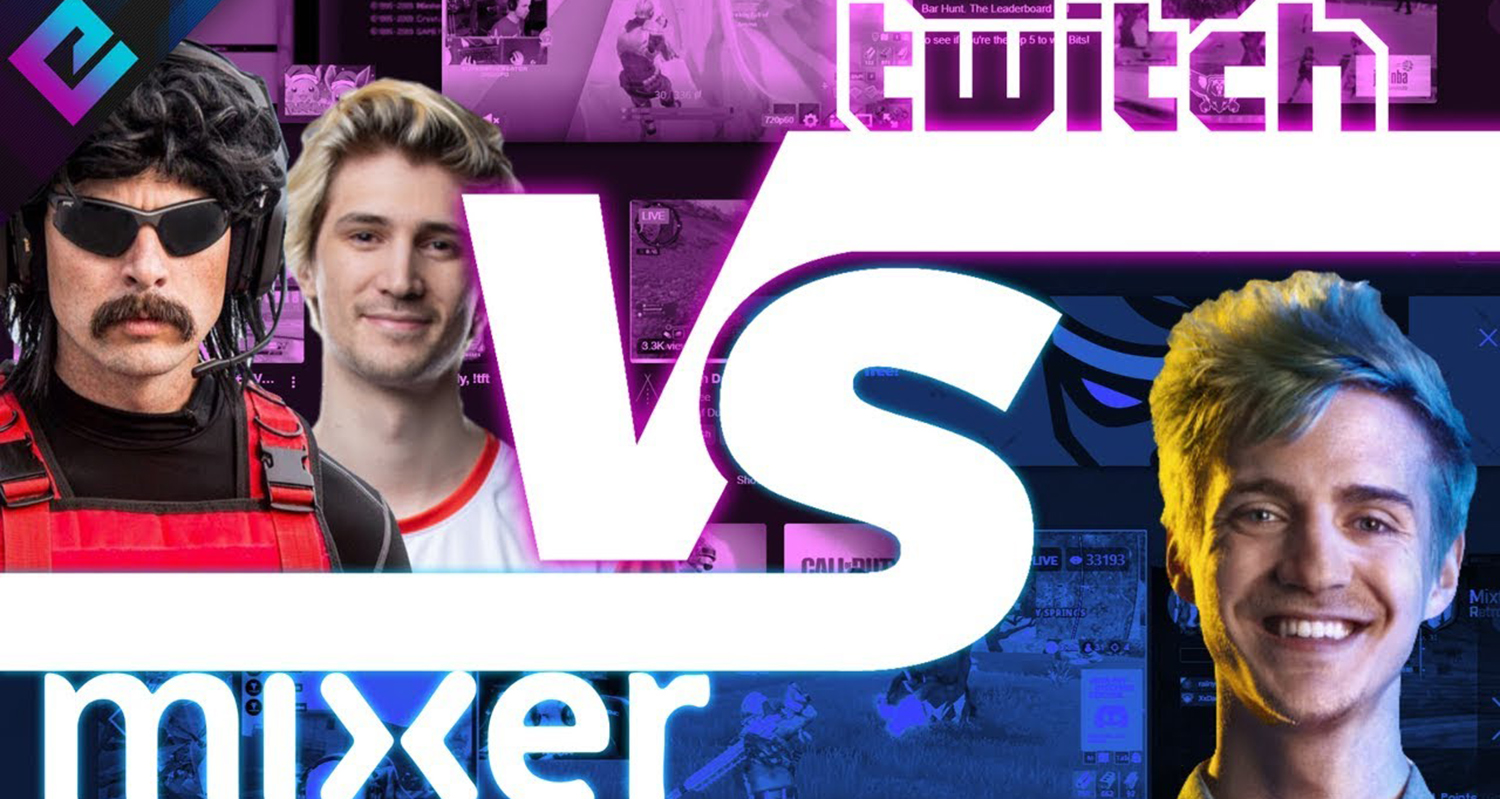 An attractive Mixer functionality Twitch lacks is HyperZone. That bombastic name is used to define a type of streaming. With HyperZone you don’t see a particular person, but the viewer selects the game they prefer and watches live games where important things are happening.

By clicking on the HyperZone of those games, we see games of the last players left standing: tense moments that promise freneticism.

When that game ends (or the player we’re watching dies), the streaming automatically passes to the game of another player who is in a similar situation.

4. Integration on consoles and computers

One of the points in favor of Mixer is the good integration of the systems in which it is available.

On Xbox One we have a catalogue of broadcasts practically on the cover. You only have to press the RB button from the main menu to access the platform; and broadcast live to Mixer, once configured the account, can be done from the Guide Menu of the console.

In the case of computers with Windows 10 is similar. Mixer is integrated in the Game Bar (which is opened by pressing the Windows + G key). Live streaming requires the press of a single button on the interface.

In addition, the Mixer mobile app allows live broadcasting of iPhone and Android games. Something that the official Twitch app does not allow – although it can be broadcast with the camera and microphone of the mobile.

However, Mixer’s Achilles heel is Microsoft’s, so it is not available to broadcast or view content on the console of this generation that has placed more machines in homes around the world: PlayStation 4.

The Sony machine is only integrated with Twitch. To mount a streaming showing the screens of several players in Twitch is a cumbersome process that requires a complex configuration of third party programs and a good computer to do the realization: after all, it is your computer that is receiving one or more broadcasts from others, and emitting them next to yours in a personalized composition.

In Mixer it is an automatic and simple function. Anyone can do a cooperative streaming that separates the screen into small windows for each of the emitters, something useful to watch games of a battle royale or games like Sea of Thieves.

Twitch has not stood idly by in this situation. In March he presented Squad Stream, a function that serves exactly the same purpose. However, it is not yet available for all streamers, only for the platform partners: those successful broadcasters that have been verified by Twitch after a series of achievements. Streaming services would not exist without streamers, and each platform has a number of resources to generate millionaire revenues; part of those revenues are shared with broadcasters.

The monetization of Twitch is based on three aspects: advertising, subscriptions and bits.

The platform shows advertising before and during each stream to which the viewer is not subscribed; part of the revenue from that advertising goes to the streamer.

A basic Twitch subscription costs 4.99 euros per month. Some streamers have higher monthly subscriptions that give more benefits.

Generally, these benefits are emoticons to use in the chat, the absence of advertising and access to exclusive broadcasts of subscribers. It is common for more rewards (traditionally emoticons) to be unblocked the longer you subscribe.

At Mixer, subscriptions cost $5.99 per month. The bonuses are similar to Twitch’s: watching a channel without ads and getting exclusive emoticons from the channel the viewer has subscribed to. But it also gives twice as much experience and five times as much Sparks during the time you watch the channel you subscribe to.

Both platforms have coins that are used to praise a streamer while at the same time giving it money equivalent to the price of that currency. The Cheers (Twitch) and the Embers (Mixer).

However, in terms of monetization for streamers, Twitch has an advantage. Anyone who subscribes to Amazon Prime has a Twitch Prime account. Which includes a free monthly subscription to an issuer of the platform. For users there is no cost, but the streamers receive the corresponding money as if it were a paid subscription.

It remains to be seen how this battle for audience and functionalities between Twitch and Mixer evolves, but now that the Microsoft platform has the world’s most famous streamer (Ninja), the conflict is going to be interesting – and the beneficiaries are going to be the users, who are going to see how, because of the competition, both services improve.

I hope you find Twitch Vs Mixer (Part II) interesting and helpful, please leave a comment below. Thanks