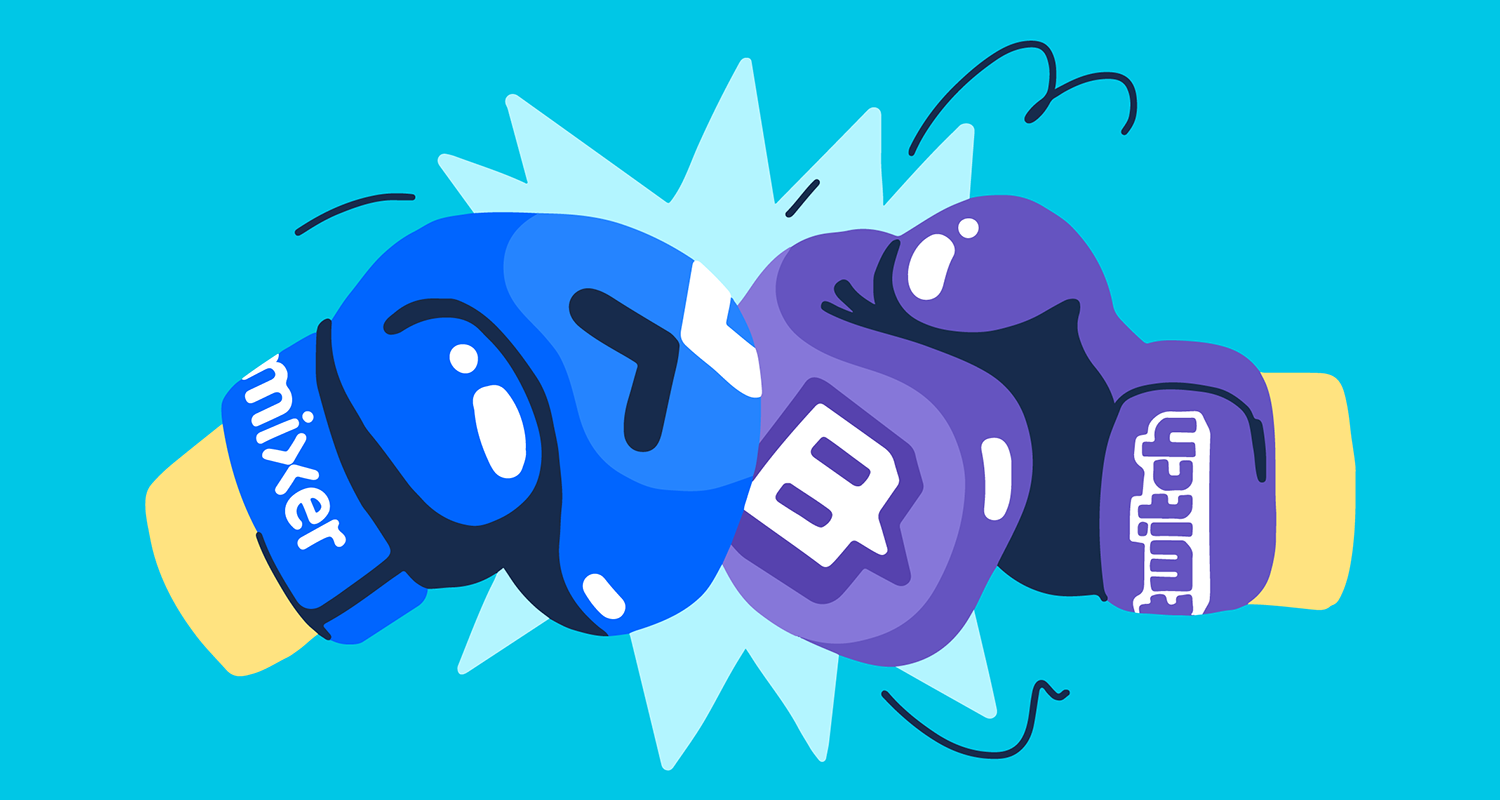 Watching other people play video games is as common today as playing them yourself. To do this, there are different options, but the main dispute is between the Amazon and Microsoft platforms. Twitch Vs Mixer.

E-sports competitions. Games based on history. Roguelikes in which each game is different. Role-playing simulations in GTA Online. Even people chatting about random things in front of the screen while eating dinner.

Mixer and, especially Twitch, have created an inconceivable paradigm just ten years ago. Millions of people turn on their computers, TVs or mobile phones every day to watch other people play video games.

It is a strange and unpredictable situation. A generation that had abandoned television in favour of video-on-demand platforms has embraced live content based on personality and interactivity. Because they wanted to see the content they wanted when they wanted it.

The big technology companies were able to see relatively quickly that this was going to become big business. But the existence of live home streaming is older than we know.

In 2007 Justin.tv was founded, a website that allowed anyone to broadcast live content. The platform was created by Justin Kan, who previously made an experimental website where he constantly broadcasted his life: 24 hours a day, seven days a week. In 2011 they released a by-product: Twitch.tv.

The idea was the same, but with channels focused on video games. In August 2014, the main website closed, and a month later, the technological giant Amazon bought Twitch for 735 million euros.

Mixer was born with another name: Beam. In fact, it wasn’t even a Microsoft company. It was a startup in 2016 inspire by Twitch, but with a concrete ambition: to promote interactivity between broadcasters and viewers thanks to ultra-fast broadcasts just a couple of seconds apart.

In August of the same year, Redmond’s company bought Beam. It later integrated the service into Windows 10 and Xbox One. But, in the beginning it was not an important product for Microsoft. Until mid-2017 it was renamed Mixer.

The platform is to integrate to such an extent in their console that as soon as we turned on the machine and pressed a button, we can see an extensive catalogue of broadcasts; and with a few more clicks we can start broadcasting; the same thing happened with the Windows 10 Game Bar: broadcasting in Mixer requires just a few clicks.

Despite the innovations, this is a case (at least, for the moment) of who arrives first arrives better: as of January 2019, Twitch had 1.76 million active users; Mixer, 70,000.

But in August Microsoft made an aggressive move to capture an audience on its platform. The exclusive signing of Tyler “Ninja” Blevins, the world’s most popular (and richest) Fortnite streamer.

Thus, Ninja lost the 14,956 subscribers it had on Twitch, so the exclusive contract with Mixer must have had a good handful of zeros to the right. Although that number was never known.

In this conflict to capture audience between the two platforms, both Mixer and Twitch have been updated with new features and improvements, sometimes copying features from each other. The differences between the two services can be encompassed in the following six points.

One of the key features of Mixer is the gambling of watching someone play. Which translates into viewers simply spending time inside the platform earning rewards.

While watching a live broadcast, viewers get experience on their account – it’s shared across the entire platform, not on each of the streamers. Every time you level up, you get Sparks.

With them you can unlock emoticons to use them in any broadcast and interact with the broadcasts (something we explain in the next point). Since the beginning of Mixer has been committed to interactivity beyond live chat. The intention is that viewers can affect the game they are watching in various ways.

That’s where MixPlay comes in. One of the first games to integrate this system was Minecraft, also from Microsoft.

The operation is simple: viewers see on the screen a menu with several options that can be selected by spending Sparks. These buttons affect the sandbox in different ways: invoking chickens, pigs and other animals; making zombies appear out of nowhere; or making night fall.

The functionality is used in other games, such as Telltale Games’ interactive dramas. Or Descenders, a procedural bicycle game in which spectators can alter driving conditions.

MixPlay has improved over time, to the point where streamers can pass the controller: by activating an option, they can make any player with an Xbox One controller control what happens in the game thanks to the low latency of Mixer; and if you don’t have a pad on that console, an interactive digital controller is drawn on screen.

The system can also be used (and really, it’s what most of the broadcasters we’ve seen use it for) to link to merchandising stores, their social networks and other things.

Although Twitch lacks an integrated system like this, some games allow for similar interactivity.

For example, the action Roguelike and Dead Cell platforms have a streaming mode that allows viewers to type commands into the chat for various effects to occur: more enemies appearing on the next level, a chicken helping you in attacks, and you can even activate a vote for the audience to vote on how to improve the character.

It is just one example of the many games that have integration with Twitch, but to this must be added the extensions.

Twitch allows developers from other companies to create a variety of plug-ins. For example, Gearbox has launched with Borderlands 3 a tool that allows any viewer to see the team, the skills tree and other details of the streamer.

For years there has been something similar for Destiny 2. An on-screen button with the game logo allows you to see which team the broadcaster is using at that particular moment.

In addition, the ability to pass the controller is also possible in Twitch thanks to another third party program: Dixper.